The Soling 50 Class is a small-scale version (50 inches long) of the Olympic Soling three-person, 27 foot, 3 man, keelboat, sailed worldwide and also in the Olympic games since 1967. The original boat was designed by Jan Herman Linge of Oslo, Norway in 1964. The name "Soling" was a word coined by Linge.

In 1970, John & Laurie Converse, owners of Vortex Model Engineering saw a full sized Soling and developed and manufactured the radio-controlled model sailboat. It started out as the Soling M Class (Marblehead) and in 1972 it dominated the Marblehead Class ACCR 50/800 class. By 1975 the fleet grew into it's own class, called the Soling O/D (One Design) and it's logo the Greek letter 'Omega' was authorized by the original designer Jan Linge.

Today, the Soling 50 is one of 27 different classes and sizes of sailboats sanctioned by the national American Model Yacht Association and has very active fleets racing in California, Florida, Michigan and Texas and has individual boats scattered all over the U.S. The Soling 50 hulls are identical to the original Vortex hulls and are currently available from three (3) different suppliers in the U.S.

The Soling 50 Class is an AMYA one-design class boat. It is a great starter boat, easily transported with detachable sail rig weighing a minimum of 17 lbs. Radio equipment is an inexpensive 2 or 3 channel surface radio. The Soling 50 Class offers close and competitive sailing in moderate and stiff winds. It acts and feels closer to a full-sized boat than most other R/C model yachts.
​
The three (3) class-approved manufacturers for Soling 50 hulls: 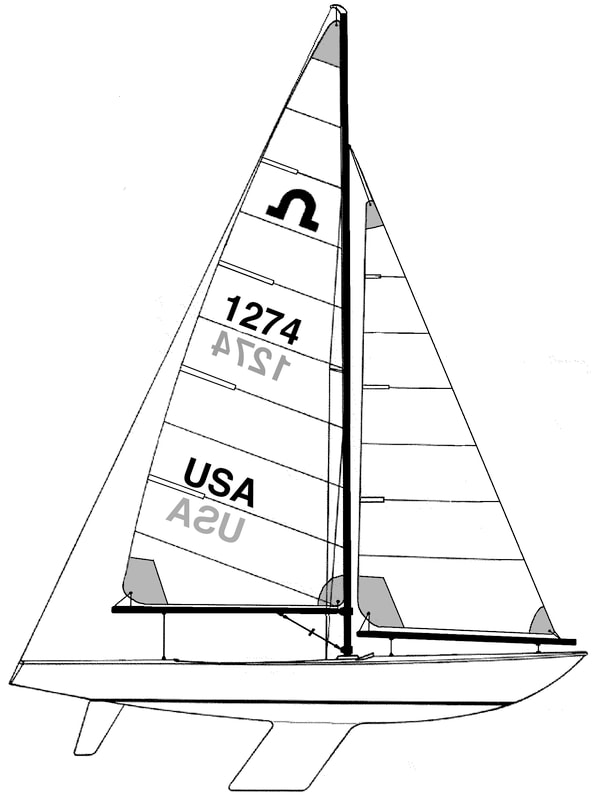