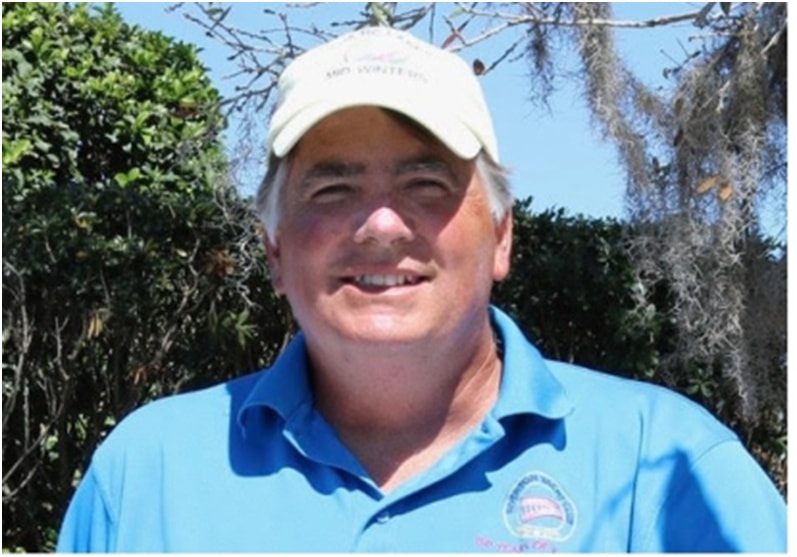 ​David Brawner
David S. Brawner was introduced to full-scale sailing by his father in law, Frank Bender. He soon discovered model sailing, and his home Club was AMYA Club #24, the Mid Atlantic Model Yacht Club, in Mt. Laurel, NJ. Though not ia Club "founder", David was, for over 25 years, one of the MAMYC's main proponents.

From his start in model sailing, David sailed East Coast 12 (EC-12) yachts and kept the Mt. Laurel club focused on the EC12 Class as the "boat we sail here".
In the EC-12 Class, he gave countless hours of his time to fleet building, helping others, and even as a manufacturer for awhile. Each January, David hosted a very well attended "pour party" in his shop/basement where new lead was poured into molds to make keels for EC-12s, but also for all kinds of classes of boats owned by anyone who wanted help with molten lead, which can be very dangerous as well as difficult. David was also a main contributor to the success of the Santa Barbara Class, and an avid RC Laser sailor.
As President of AMYA (2011-2014), David began moving the organization into better use of technology, introducing the AMYA Bulletin - an e-mailed newsletter. Each month, he wrote and edited many articles of interest to AMYA Members. Perhaps his greatest contribution to the AMYA was stabilizing the organization and developing a financial base that meant the organization could and did provide consistent Member benefits. That financial stability continues to this day (January 2020).

While President, David personally attended over a dozen events in support of the AMYA and the local fleets, contributing to the race management of the event or cheerleading a team of buddies thousands of miles away for championships. He was a big proponent of organizing Race Weeks, where multiple classes compete in national Class championships, back-to-back on successive days, all in a single in a trip.
David knew that there was far more to model sailing than just the competition, and winning races. Winning regattas is certainly fun for the top placing skippers. But, everyone - regardless of placing ON the water - had fun when David was around. At regattas he was always organizing "off-water" excursions for the skippers - things like indoor go-cart racing made for far more enjoyable evenings that just staying in the motel room! His creativity was endless.
David was an excellent competitive sailor. He won the EC12 National Championship three times, and raced in or managed the EC-12 NCR events for 23 of the 30 years from to 1989 to 2019. He won the RC Laser National Championship and the "J" Class NCR several times each.

On the water, David Brawner was the "consummate Corinthian Sailor in every respect," said fellow skipper and respected sailing veteran Gerhard Kelter. After David's passing, the EC-12 sailors developed a saying: "Sail like 53" as the Class retired his sail number, referring to his strict reliance on fair sailing.

As a Race Director or Principal Race Officer, David had no equal. He was always calm, organized and reminded all that "we were adults sailing toy boats." He seemed to enjoy running a regatta as much as racing in one. (A later AMYA President modified the EC-12 Class' "Sail like 53" to "RD like 53" - referring to David's many contributions to race management.)

David had vowed that he would "be around" for a long time after his term. After four years as AMYA President, David focused on serving as a PRO (Principal Race Officer) for many Classes' National Championships. Unfortunately for all of us, he passed away far too soon, at age 59. He is, and will, be missed.

David S. Brawner was inducted to the AMYA Hall of Fame, in 2019.