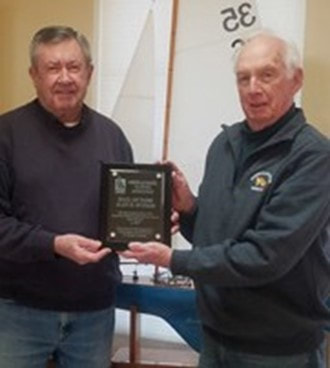 ALAN SUYDAM grew up on the north shore of Long Island, New York. As a       teenager, he was given an old Comet class sailboat to restore and sail. His experience with that wooden boat formed a life-long love for sailing and woodworking. While in high school, his interest in sailing and boat building took a prophetic turn in the local public library when he came upon a book on model yachting published in 1938 entitled, Yachting with Models, by John Black. With the help of his father, Alan scaled up the lines from that book and built his first sailing model—a 50” Marblehead design. Alan, thirty years an engineer for Ford Motor Company, in 1999 reacquainted himself with model yachting. While in Detroit he was a member of the Detroit Model Yacht Club where he served as commodore and hosted national regattas. During his time there he was active in the Detroit School model boat-building program that takes place in the public junior and senior high schools. Students in these schools built model yachts during the school year and sailed them in a regatta in the spring. Alan has taught, periodically, at the WoodenBoat School in Brooklin, ME since 2002. He has built over 25 RC model sailboats including V36s, VMs, schooners, EC12s, RG 65s, and a US One Meter, to name a few. He is one of the seven founding members of the USVMYG in 1994. He has served in various capacities in that organization. Currently he is the vintage 36 class coordinator, which he has done for sixteen years.
Alan now lives in Solomons, Maryland, and is a member of the Solomons Island Model Boat Club. He served as commodore for seven years and has served as fleet coordinator for a number of the fleets. He is also heavily involved at the Calvert Marine Museum teaching youngsters to sail, restore and build model yachts. Alan is a national champion in numerous classes of model yachts both in vintage and AMYA classes, including the vintage Marblehead (8 national championships), vintage 36 (5 national championships), schooner (7 national championships), and skipjack (3 national championships). He has also won a national championship in the US One Meter Class. Alan has spent thousands of hours guiding people in building and sailing model boats. He does this without fanfare and requires no recognition. He does this for the love of
the sport and love of his fellow man. Alan epitomizes the ultimate model yachtsman. 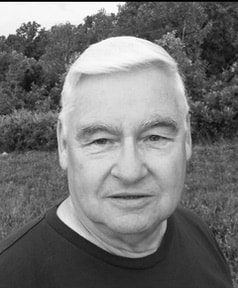 Bob Eger
BOB EGER has been an active participant and leader in RC sailing since the middle 1970’s. His involvement in all aspects of the hobby are significant, however, his promotion of RC sailing and his goal of promoting the social aspects of the hobby have touched many lives in Sacramento,California, and the country. He has served as AMYA Vice President and Region 6 Director. Bob has been a member of clubs in several states (California, Nevada and Idaho) and cities, three of which he helped start. Service in those clubs has included Commodore, Vice Commodore, hosting numerous events (e.g., several NCR's and RCR's, boats shows and social fun sails).
Bob collaborated on the creation and distribution of two, how-to videos, on the topics of scratch building a J Class boat and deck planking. In his efforts to share construction tips and techniques, Bob contributed a construction how-to article to Model Yachting (#156).Bob has been active in developing and redesigning multiple boats from US 1M to building the original molds for the Shamrock V J Class boat. In every case he worked with other enthusiasts, staying true to his philosophy that RC sailing is a social activity best shared with others. Bob is willing to work with any sailor to build or improve their boats. He unselfishly shares his workshop, tools, and expertise, guiding new and experienced sailors alike in their build/repair projects. On the water, Bob will provide help with set-up and tuning until a boat sailed well. He explains the purpose behind each adjustment and will check back on subsequent sailing outings to ensure success. He has a keen eye for boat speed and behavior and can suggest simple adjustments at the pond to squeeze the most performance from a boat. Bob is always on the lookout for a “diamond in the rough”, or “barn
boats” that have fallen on hard times. Bob will support and guide any sailor in the acquisition of these boats, working diligently until they have been returned to full sailing capability. Bob has given tirelessly to the sport/hobby of RC Sailing. He lives and breathes RC sailing with a personal goal to inspire just one more enthusiast each and every day. He gives unselfishly of his time, resources and expertise to ensure that new and experienced sailors alike have an enjoyable, competitive, and  rewarding experience. He competes in the true Corinthian spirit recognizing that this is a social sport. The more enjoyable the experience for all involved, the greater their continued interest will be. Bob is known and loved by those who he sails with and we believe that his life-long and unique devotion to RC sailing is unequalled. He is willing to go anywhere and do almost anything to ensure the success of
his love of RC sailing and the enjoyment of RC sailing by all those who
participate in it.